Who Is Bobby Flay Married To? Who’s His Wife? Or Is He Dating a Girlfriend in 2021? 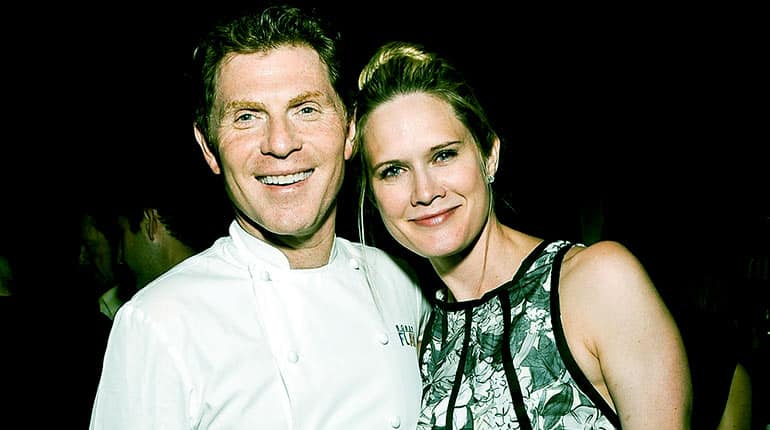 True love is hard to find. Well, falling love is very easily but committed to each other for the rest of life is a form of truth and honesty. Sometimes, minor issues can ruin the years’ relationships or marriage and left the only option, divorced or broke up.

An American celebrity chef and restaurateur Bobby Flay succeeded in his career but couldn’t balance his personal life. After a couple of marriages and failed relationships, what is his relationship status now? Has he found his soul mate? Let’s find out whether he is married again or not.

The Food Network has been stapled with numerous food shows on the television from over than a decade. Bobby Flay is one of the renowned chefs who hosted various shows on the channel. Well, there’s no doubt that this chef has a high net worth and salary. But how is his personal life? Is he single after failed two marriage or he is dating someone as of 2021? Let’s get all the details here:

The American chef has married thrice in his life. Let’s us help you to know about his ex-wives and their marriages and children.

It sounds pretty when you fall in love with a person who has the same qualities, likes and dislikes. Bobby Flay was married to his fellow cook when he was just 26. Flay met his first wife, Debra Ponzek, at a charity event for Meals On Wheels and eventually started dating and expressed their feelings to each other. In the early ’90s, they were highly notable chefs in NYC.

After knowing each other for a few weeks, the couple decided to take their relationship into the next level and got hitched in May 1991. Both Flay and Ponzek were nominated for the 1992 James Beard Foundation Award for Rising Star Chef.

Unfortunately, two years later, the couple ended their marriage in 1993. However, the reason for their separation is still unknown. Bobby and Debra have no kids.

In 1995, Bobby met his second wife, Kate Connelly. At the time, he was divorced and living in an apartment with furniture. The two met for the first time when Bobby guest-starred on the show, ‘Robin Leach Talking Food’ where Connelly was hosting in 1994.

After that, they immediately hit it off and went outside for dinner and movies. After dating a year, Flay and Connelly walked down on the aisle on 1st October 1995.  At the time, Kate had an eight-year-old son from her previous relationship.

The conflicted started between two and subsequently, departed their ways in 1998 and later divorced. 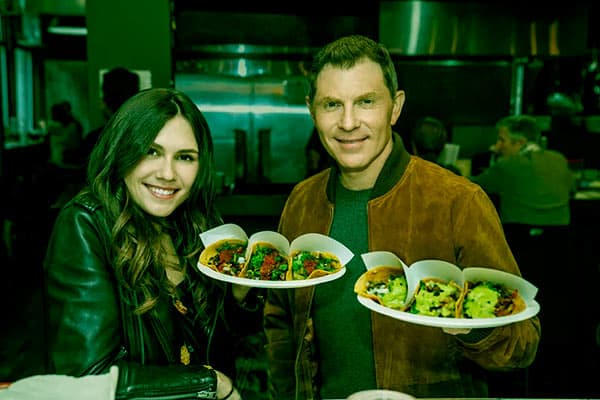 Bobby Flay with his daughter, Sophie from his second wife, Kate’s

Moreover, the chef and Kate have a daughter named Sophie, born on April 16, 1996, which makes her age 25 now. Sophie is the only child of Bobby and second wife, Kate who grew up out of the spotlight.

Judging from Bobby’s Instagram profile, he and his daughter have a closed bond. The father and daughter post many pictures on each social media. However, his daughter social accounts have not been verified.

Sophie Flay graduated from the University of California in 2018. Despite growing up away from the public eye, she is comfortable in front of the camera. In fact, she has her own school’s television show ‘The Buzz.’ During her college, she has done an internship with the NBC Sports Group.

For the time being, it seems Sophie has not any interest in the culinary field. That doesn’t mean she doesn’t have cooking skills. Though Sophie might not fit in this field, she helped her dad out in the kitchen. Everyone has different taste, but when it comes to Sophie personal tastes, she is all about the sweet stuff. She loves desserts so much.

Furthermore, Flay’s daughter has made her appearances in television shows like America’s Next Great Restuarant, Rachel Ray, Beat Bobby Flay, Brunch at Bobby. And she also hosted her own mini-series.

The Beat Bobby Flay’s chef third marriage was the one which has lasted for a decade. During his marriage to March, rumours whirled that he has an affair that led to divorce.

According to Denote, Flay met his third wife, Stephanie March in 2000. She was a regular on the tv series ‘Law & Order: SVU.’ Bobby and Stephanie had dinner at the restaurant Nobu in New York City. On 20 February 2005, Flay and March wedded and officially became husband and wife. 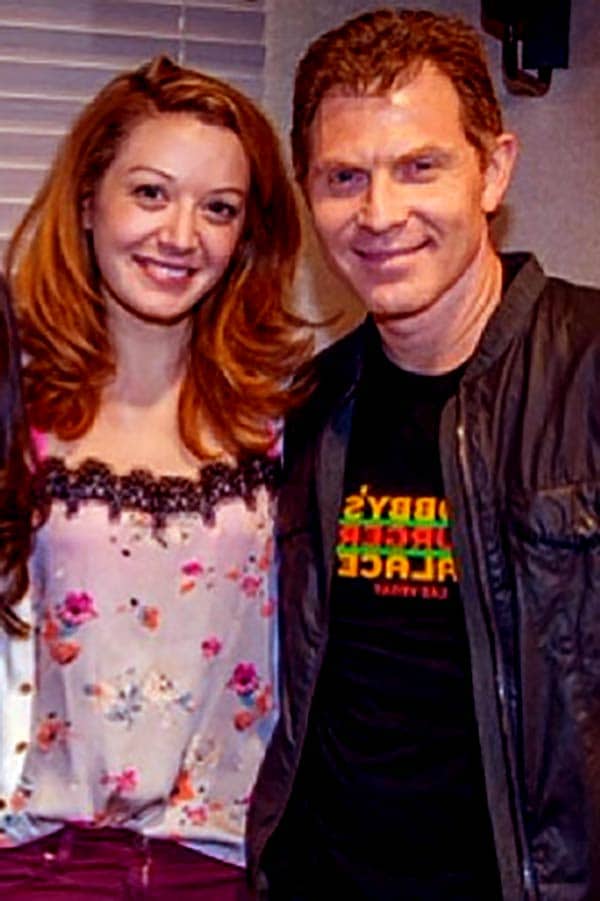 Page Six reported, Bobby Flay cheated on Stephanie. He had an affair with his assistant, who is much younger than him. Furthermore, Bobby was never there for March when her appendix burst and skipped their tenth anniversary. At the time, the 56-year-old chef was allegedly seen with then 28-year-old Elyse Tirrell at Bar American in Midtown.

Despite that, she was trying to work out their marital issues, but Flay was the one who filed for divorce in March 2015. The divorced became finalised in July 2015. Bobby and Stephanie have no children.

However, both of them have moved on in their life. Bobby’s third wife Stephanie March got married to businessman Dan Benton in Katonah, New York on September 1st, 2017.

Has Bobby Flay Dated Anyone since then?

A few years ago, Bobby was in a relationship with Helene York, who he met at a basketball game. Helene is an actress who is known for her work on Masters of Sex and Quantico.

However, she is not popular like other celebrities but succeeds to make her career in the television screen. In 2017, Bobby and Helene appeared as a guest judge on an episode of Beat Bobby Flay.

The two began dating after his third divorce. Moreover, the couple hasn’t many recent updates. Reportedly, his girlfriend, Helene, created an Instagram account to post her and Bobby’s cooking ventures.

She shared a photo of herself showing off a ring on her ring finger and captioned it. She wrote it didn’t fit on her sausage finger and both of them disappointed by the size of the ring.

Bobby and Helene were spotted in many public places holding each other hands and having dinner from time to time. The relationship didn’t last as Bobby is currently single. He revealed this during an interview on a daytime talk show.