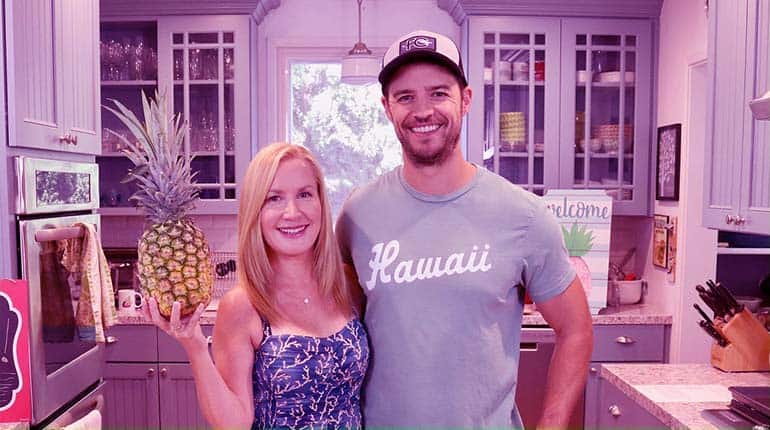 Joshua Snyder is a 44 years old American movie actor, baker, and YouTuber. He is famous for his roles in several films, including ‘Shopgirl, 2005, Night Shift, 2007, and Blackout, 2012. Also, he gained famed for being actress Angela Kinsey’s husband. As a baker, he started a YouTube channel, baking with ‘Josh and Ange.’ He is passionate about baking and seems to have settled on that career even as he shares his skills in the internet.

Joshua is married to his wife, famous actor Angela Kinsey. The two first meetings can be backdated to the year 2010. It is the year Angela got divorced from her first marriage.

Josh and Ange had many things in common; they were both in the film industry and also had children from their past relationships; single parents. These two factors brought the two together, and they started dating. After six years of being his boyfriend, Josh proposed to Ange on 4 August 2016 in a perfectly planned event. 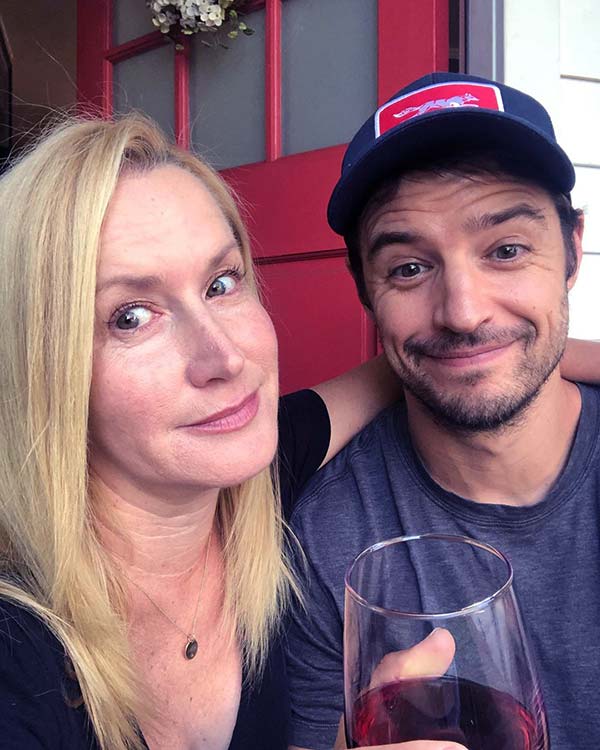 Angela took it to Instagram and gave the fine details of his proposal. Josh involved their three children in designing the plan. After everything was ready, he first called Ange’s mother and asked her for blessings. Ange’s daughter led her to the backyard and asked her to sit down on a blanket by the pool.

Then the two boys presented her with flowers. Then Joshua Snyder appeared around the corner with an emerald ring and asked her to marry her. And she said yes. Then the children presented to the cards they had prepared. She got so emotional and could not hold back the tears of joy that started to flow. Wedding plans kicked off immediately.

On Sunday, 13 November 2016, around two months after proposing to her, Josh married his wife Ange in a colorful wedding that was attended by only 130 guests. The small and ceremony, purely a family affair, took place Topanga, California.

Ange looked pretty with a one-shoulder goddess dress with Josh had a blue suit, brown shoes, and blue plaid tie. Their children once again took an active role in this ceremony. The three kids gave moving speeches that brought out the meaning of the event.

Five years later, Angela Kinsey and husband Joshua Snyder are still living together. The family of five are all happy together, currently residing in Los Angeles, California. Josh and Ange are yet to have a child as a couple.

Who is Joshua Snyder’s first wife And their Children?

As pointed out earlier, both Josh and Ange had past marriages. Joshua Snyder was married to an unknown woman. There are no details of when they got married or exactly when their marriage ended. However, Josh walked out of that relationship with two boys, named Jack born on 11 May 2008, and Cade born on 15 May 2010. The two boys are currently 13 and 11 years old.

On the other side, Angela was first married to renowned actor, writer, and producer Warren Lieberstien. They tied the knot on 18 June 2000. Eight years later, they had their first and only child in May 2008. However, the two parted ways in June 2010 because of ‘irreconcilable differences.’

Josh and Ange found solace in each other and are evidently make a great team. They are happily growing old together, loving each other.

Joshua Snyder was born on 11 November 1977 in Colorado, USA. He is American by birth, of white ethnicity, and was raised alongside his two sisters, Josi and Jori.

Lynne, Josh’s mother, raised the three children (probably as a single mother since there are no details about their father. Josh attended Northglenn high school before enrolling at the University of Colorado. 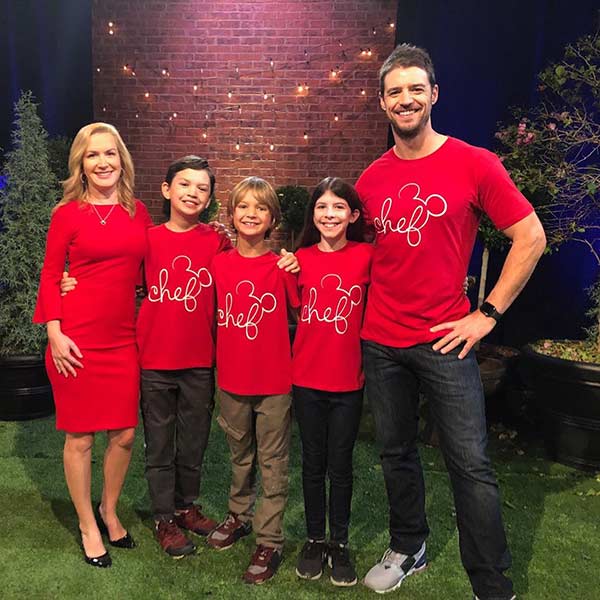 Caption: Angela Kinsey with her husband Joshua Snyder along with their kids

Angela Kinsey’s husband Joshua Snyder kicked off his acting career in 2005 in a romantic drama movie, Shopgirl. He was 28 years old by then. He then other casts on film including ‘Criminal Mind’ that boosted his fame. Joshua is currently 44 years old. His zodiac sign is Scorpio.

Angela was, however, raised in Indonesia, where his father worked as an engineer. She attended Jakarta Intercultural School and later graduated in Baylor University, where she studied English. Angela graduated in 1993 and kicked off her acting career. She has had a successful film career since 1997 and has three personal awards.

Josh and Ange’s Net Worth

It’s not only age that Ange has edged out her husband, but she is also richer than him. The fact that the two are one item downplays that fact. Her net worth is estimated to be 12 million USD.

On the other hand, Angela Kinsey’s husband Joshua Snyder is estimated to have a net worth of 5 million USD. He had a brief acting career but seemed to have shifted gears and is now focused on his new hobby, baking, that has seen him get good earning on YouTube, with annual pay of 50,000 USD. 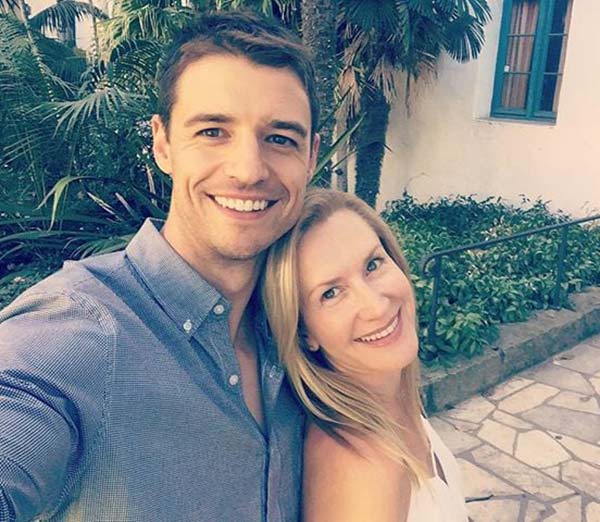 Caption: Angela and her husband Joshua net worth

Josh Snyder has a YouTube channel. He also has a verified and active Instagram account with 144K followers. His wife, on the other side, has a mass following 1.9 million followers. They both use these platforms to promote their YouTube channel and keep records of memories.

The three kids were all born in the month of May, no wonder Josh chose the Emerald ring, the birthstone for May.

Josh is very a handsome guy with a well-built athlete body and is six feet tall. He prefers to keep his beards shaved and has well-done hair and is relatively long.