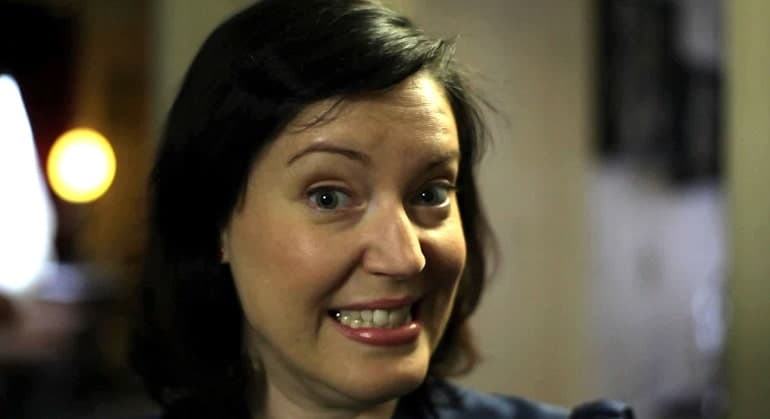 For most guys finding out that your partner can speak to the dead may be a turnoff but not for whoever is dating or married to paranormal experts like Amy Allen. Amy Allen is the star of the show ‘The Dead Files’ and has appeared in a lot of other TV shows and series. Her such TV appearances have earned her a lot of fame and popularity among the people but despite this many people still don’t know a lot Speaking of Amy Allen’s husband, divorce, new boyfriend, career, what is her net worth and salary?

Yes, the lucky guy who seems to have captured the heart of the paranormal detective is Rob Traegler. Amy Allen likes to be very secretive when it comes to her personal life, and things like information about one’s husband and boyfriend are indeed private.

Luckily we are very persistent, and we went through her social media sites to find out that she is currently dating Rob Traegler. They have not been very oversharing of each other’s pictures in social media as well, but this photo gave their relationship away.

As we said, Amy, like to keep shush when it comes to her married or dating life, so we do not have the exact details about her relationship with boyfriend Rob Traegler. All we know is that the two seem very happy together in the picture and life in general. The two also work in the show ‘The Dead Files’ together where Rob works behind the camera.

Update: Amy Allen Medium from “The Dead Files” is getting married to her longtime boyfriend Rob. She revealed about her successful wedding plans on August 12, 2018, via her Twitter account.

Wedding planing went well😍 did not make it to the comedy club, still too under the weather for that! Gunna go & prune the garden, looks like a forgotten, burnt world out there😭☀️ Sunday = Chill day! pic.twitter.com/KF4TgGbKRA

We may not know very much about Amy Allen’s dating life, but we do have information on her married life. Amy was previously married to her former husband, Matthew Anderson. Their married life seemed to be going soundly without any problems, but apparently, it wasn’t so. She and Mat split and finalized their divorce in 2013 putting an end to their married life. 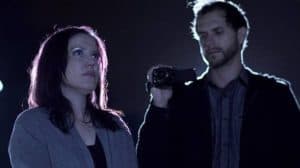 The details on their married life and even the timeline of when the two met and wed are unknown. The news of their divorce was also filled with holes, and the reason for their divorce was cited as only irreconcilable differences.

Amy Allen took to Twitter later to address all her fans and followers with the news in a tweet stating;

“Met Matt for breakfast, then to the divorce lawyer with us. Then some beauty time cause I am in a mess.”

Divorces are never a good thing for anybody but thankfully all that is in her past. She has to look towards her future and her boyfriend Rob Traegler must help her do it.

Her boyfriend, Rob is a director. He has worked in both movies and TV shows and been active in the field since 2005. He is known for getting his first break working for the ‘The Dr. Phil Show‘ where he has worked for around four seasons. 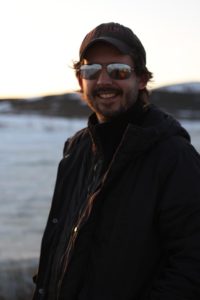 He has moved on to direct features like ‘The Lost Tapes‘ in Animal Planet. His other career has spanned over working for shows like ‘Paranormal State,’ ‘Deep Fried,’ and ‘Pretty Hurts’ and finally in 2011 also worked in ‘The Dead Files’ where he met Amy Allen.

Amy Allen is famous for starring in the hit paranormal TV series ‘The Dead Files.’ She may not be known for variety or vastness in the field of TV shows, but her works are significant. She stars on the show with retired detective Steve DiSchiavi to solve real-life cases where Amy uses her knowledge and skills of the paranormal like enacting deaths and interacting to dead people. She was involved in over 500 investigations in private matters and business.

So looking at all the necessary work she has done in her TV career as well as her private business, she must have an impressive net worth and salary. Working as a Medium for paranormal studies and as a cast member of a famous tv show, her net worth is admirable.

We can guess Amy Allen’s net worth amount is from her famous TV persona.

Amy Allen was born on 31st May 1973 in Denver, Colorado which means she is currently 45 years of age. Amy Allen had her very first experience with the paranormal ever since she was four years old when she claims she was tormented by “shadow people” in her Arvada, Colorado.

This instigated her prospects in the field. This Paranormal investigator and Medium graduated from the University of Arizona with a degree in Psychology where world-renowned parapsychologist, Dr. William Roll also mentored her. Her current abilities have been studied and researched by other leading parapsychologists. She currently resides in Los Angeles, California.