The reality television series, American Choppers was started on Discovery Channel in the year 2003. After successfully running till the year 2012, the show went off the air due to the split between the father-son duo. This reality series focused on Paul Teutul Sr and his son Paul Teutul Jr, frequently called Senior and Paulie or Junior respectively.

The location was that of their motorcycle manufacturer and a brand company named Orange County Choppers located in Newburgh, New York. The series was applauded by the viewers for the funny and verbal arguments between the duo and their commendable creativity in designs.

This interesting series came to an end in the year 2008 when the father and son had an explosive argument leading to Paul Jr starting a competing company under the name, Paul Jr Designs.

The split was regarded by some as a publicity stunt for ratings, but it turned worse with Paul Jr coming with a competitive company. Paul Jr even wrote a book where he mentioned his dad as a “monster.

Though American Choppers running experience was unlike other shows, it was not at all smooth still the show successfully managed a comeback almost after five years of it going off the air. The two Pauls didn’t even have cordial terms with the executive producer of the show, Craig Piligian. The producer once mentioned that Reboots (the second season) are not always fun.

The cast of the show American Choppers included some other people than the Paul Sr and Jr. Rick Petko, Christian Welter, Nick Hansford were some of the Orange County Choppers mechanics and fabricators. Cody Connelly was a student intern working at the OCC.

Vincent DiMartino was also a part of OCC till 2007. Mikey or Michael Teutul was the webmaster and shop custodian. Mikey was also the one who added humor to the show. The cast together with the Pauls had worked on dozens of motorbikes, customized and created them giving a completely new outlook.

Get into the full story about the American Choppers’ Cast Net Worth, their age, spouse, kids, and bikes in the article further.

The founder of Orange County Choppers, Paul John Teutul was born on 1st May 1949. He is 72 years old currently. Teutul lived in Yonkers, New York in his early life. He sailed with the United States Merchant Marines during the US War. Teutul was married twice and was divorced both the times. He has four kids, Paul Jr, Michael, Daniel and Christin Teutul.

Teutul started his career by starting Orange County Ironworks. This fabrication shop is at present managed solely by Daniel Teutul, his son. The inspiration for building the customized designed motorbikes came when he used to see many custom bikes which use to appear on the New York streets and also in films.

In the year 1999, Teutul Sr. made a move and left Orange County Ironworks and starting his own custom bikes shop by laying the foundation of Orange County Choppers. Later he added his son Paul Jr. This duo of Paul Sr and Jr customized many bikes and did almost seven seasons of the show American Choppers before splitting in 2008.

Paul Sr. is known for his cool image and the numerous tattoos which he always flaunts. Currently, Paul lives with his longtime girlfriend, Joan Bulger-Kay.

If it is about the net worth, Paul Teutul Sr’s net worth is $500,000 which he has gained from OCC and Orange County Ironworks combined. Recently in March, he also filed for bankruptcy. 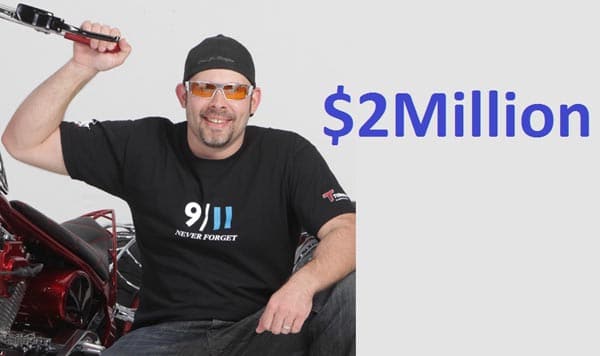 Paul Michael Teutul started working as the chief designer and fabricator with his father at the OCC. Born on October 2, 1974, this 47-year star is a part of American reality series American Chopper. Paul Teutul Jr. is the oldest of his three siblings.

He is from Paula Teutul, his father’s first wife whom he divorced in 1995. His sister, Christin, the youngest of all the siblings is a nurse in New York. He married Rachael Biester in 2010 and had a son, Hudson Seven Teutul. The couple starred in an episode of a TLC show Say Yes to the Dress.

Before joining OCC, Paulie had also headed the rail shop at the Orange County Ironworks founded by his father and ran by his brother Daniel Teutul currently. On split with his father in 2008, he separately founded the Paul Jr. Designs which designs custom bikes and also sells branded clothing. In 2002, he became a celebrity when the Orange County Choppers was telecasted in a reality series.

He has expertise in AntiVenom and Geko bikes with his company Paul Jr. Designs. The net worth of Paul Teutul Jr. has hyped more than that of his father due to his successfully running company PJD where he introduced many of the OCC employees. American Chopper’s cast Paul Teutul Jr. net worth is $2 million. 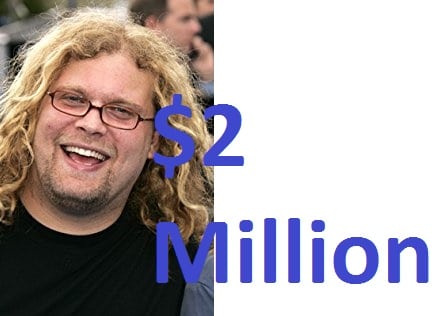 Michael Teutul or Mikey is the youngest brother of Paul Jr. and Daniel and was born on 26th November 1978. This 43-year old man started from the Orange County Ironworks like his father and elder brothers at the age of 14. He appeared in the reality show as the executive at the OCC.

Mikey joined his father and Paul Jr at the OCC as the assistant general manager. He had to do petty jobs like answering the phone calls, attending guests and throwing out the trash. His role was such that added comic feels to the forever heated arguments between the two Pauls. He helped the others building choppers on very rare occasions when they needed extra manpower.

He also helped them to build his own bike. Teutul often attended talk shows such as Late Night with Conan O’Brien, Late Show with David Letterman and The Tonight Show with Jay Leno, for his interesting humorous and comic relief to the show.

In an episode telecasted in December 2009, it was unveiled that Michael is in a Rehabilitation center to come over his alcohol addiction. Michael is not reportedly married yet. Teutul is an excellent painter and has successfully auctioned some of his works. He has also inaugurated an art gallery recently. Currently, he works with his elder brother at the Paul Jr. Designs.

The net worth of Michael Teutul is $2 million because of his art gallery and his contribution to Paul Jr. Designs. He didn’t get much exposure at the OCC. 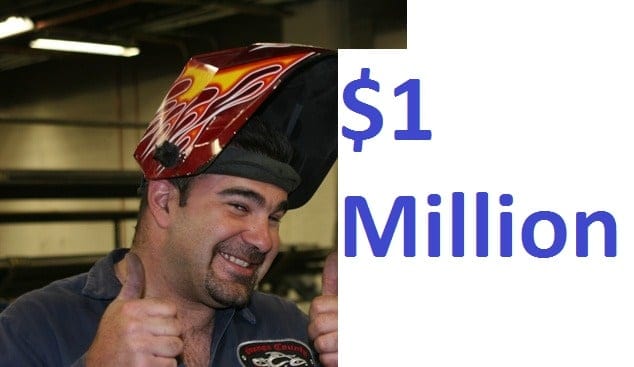 Vincent “Vinnie” DiMartino is a 49-year bike builder and designer born on October 9, 1972, at Hudson Valley area, New York. He is married to Melissa DiMartino and has four kids- Vanessa, Ava, Isabella and Vincent DiMartino Jr. His kids Ava and Isabella are twins.

Vincent became a motorbike lover at an early age of nine when he uses to visit his father’s auto repair shop. He started working for an engine repair shop at the age of fourteen.

A few years at the shop and he was a successful motor designer and builder and can get along any motorbike part. In 2002, he began his career with the Orange County Choppers.

After a month of his working at the OCC, he learned about his workplace being a part of a reality television series. Although a pilot trial episode was aired before his joining.

There had been a big debate on the internet when DiMartino left OCC in 2007 after working for five years. He once replied to the FAQs saying that there was nothing personal with them (people at OCC) but since he didn’t see any scope for advancement and he always wanted his shop; he felt better to move on. After leaving OCC, DiMartino started V-Force his own bike building company. Later he was joined by a coworker from OCC, Cody Connelly.

He also appeared on a few other reality shows. In 2010, he was a part of American Chopper: Senior vs. Junior. He worked with Paul Jr. Designs with a condition that he would wear t-shirts and hat bearing the name and logo of V-Force to make viewers know that V-force is also in existence.

Vincent DiMartino’s net worth is about $1 million. 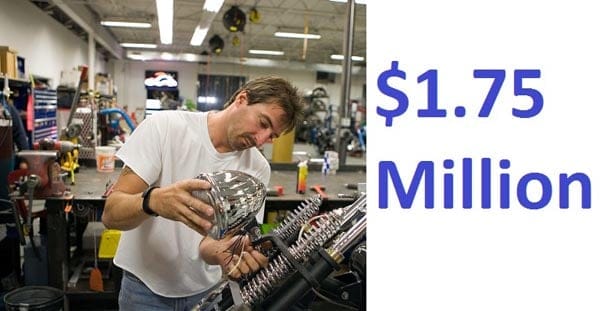 Rick Petko was born in Pennsylvania on 11th September 1968. He is 53 years now. He got married to Brittany Cockerham in 2012. They have an 8-year old daughter, Everly Rose.

Rick joined the OCC in the year 2003and was loved by the fans for his amazing work and looks too. When the Senior and the Junior split, a “Free Rick” moment was started by his fandom with a hope to see him either with the Junior or with Vincent DiMartino.

Rick calmly stayed and maintained cordial relations with his colleagues. This also lead to both the Pauls coming together to attend Rick’s wedding in 2012.

Rick has been loved by his fans, especially for his calm and cool attitude. Some fans said that he is quite polite when a crazy fan bump into him. He continues to be a part of OCC, from where he started his career and also runs his own business of restoring and building bikes and handcrafting knives which he started in 2016.

Rick Petko is said to have partnered with Jim and Linda Schlier, owners of Harley Davidson. He has always loved his role as a dad and quotes that her daughter too got speed in her blood. Rick Petko’s net worth is $1.75 million. Though some sources say that the figure has risen to $3 million. 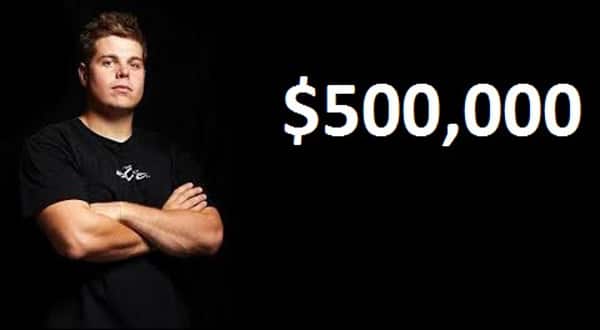 Jason Pohl was born on 1st July 1981. The 40-year old motorbike designer married Krystle Goodman in 2010. They are blessed with three sons. Jason doesn’t reveal much about his personal life but often posts his family pictures on social media.

Pohl wanted to pursue a career in the United States Marine Corps after his secondary school, but since he received a scholarship, he planned to join the Illinois Institute of Art. He successfully received a Bachelor’s of Fine Arts degree from there.

After finishing his Bachelors, he started his career with the Incredible Technologies, as an Artist or animator for video games. He worked on an OCC project there where he has to design all the choppers for a game.

Paul Teutul Senior was impressed with his work and approached him to join OCC. Jason joined Orange County Chopper at the place of a Senior Designer in the year 2004. He faced challenges to take two-dimensional conceptual designs and further reshaping them into three-dimensional models which had to be fully functional.

Jason also works as a freelance designer and machinist. He has successfully served over 500 companies across the globe. Jason Pohl’s net worth is $500 thousand. His salary is not known. 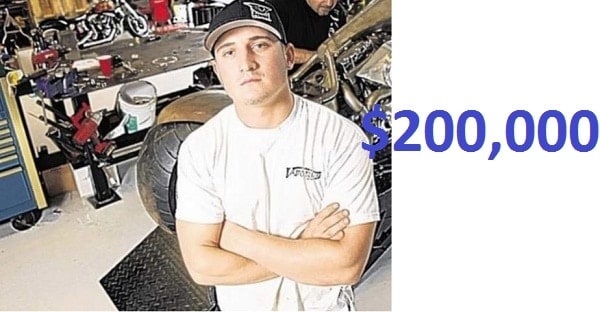 Born on 30th August 1980, the 31-year old motorcycle builder is known for his participation at Orange County Choppers. Cody got his first bike when he was five and maintained the bikes with his father. Cody isn’t married and reportedly is not even dating any girl. After working for a long tenure with the OCC team, Cody left OCC in 2007.

Cody also gained limelight when he sued Paul Senior and OCC for using his likeness on merchandise after he left OCC. He also claimed that he never received the custom bike that Paul Senior promised him in one of the episodes. The case also included charges of misappropriation and fraud on OCC and Paul Senior.

While he was at the OCC, he completed his high school in 2005 and then went on to Board of Cooperative Education Services. Later he also joined the American Motorcycle Institute (AMI). Connelly continued to work with the OCC after AMI for his tuition fees was paid by the Orange County Choppers as a part of his training.

After leaving OCC which was followed by controversies, Cody joined hands with Vincent DiMartino, his ex-colleague, and together they aimed at giving an uplift to the motorcycle industry and to be creative. He also worked with the Paul Jr Designs.

As of 2021, Cody Connelly’s net worth is $200,000 which he gained with a successful career in the motorcycle industry.

American Choppers Cast Net Worth Summary in a Table.