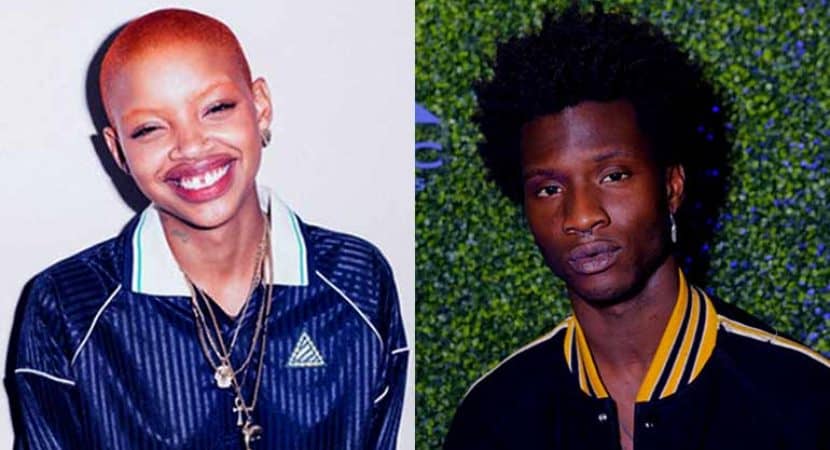 Slick Woods is one of the most sought-after American models in the fashion industry. However, three years ago, she was a poor homeless teenage girl in the streets of Los Angeles. However, by good luck, she encountered an English model, Ash Stymest, who changed her life forever.

Slick Woods has had a complicated past. However, she is entirely different today. Below are more details about her and her mother Vonnya-Leah Mason. Also, get to know her net worth, her boyfriend, Adonis Bosso, who is her baby’s father.

Who is Slick Woods?

Slick Woods is a stage name whereas her real name is Simone Marie Thompson. She is an American fashion model born on August 13, 1996. She is famous for her bald head, gapped teeth, tattoos, and bold looks.

Slick Woods had a tough childhood, growing up in the streets of Los Angeles, California. Ash Stymest is a very significant figure in her life. He introduced her to the modeling career and look at where she is today. 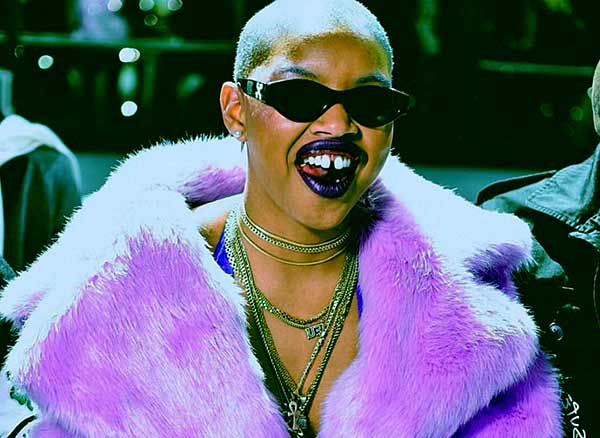 She has worked with the numbers of big names ranging from designers to photographers. Her significant career lift came when she appeared in Kanye West’s Yeezy Season 2 look book. She after that became the face of Rihanna’s Fenty Puma and Fenty Beauty lines.

At the moment, Slick Wood’s net worth has not been revealed. However, from appearance, she is among the richest young celebrity in America. Woods sources the highest percentage of her net worth from her modeling career. She earns from her appearances on runways, magazines and representing major brands. 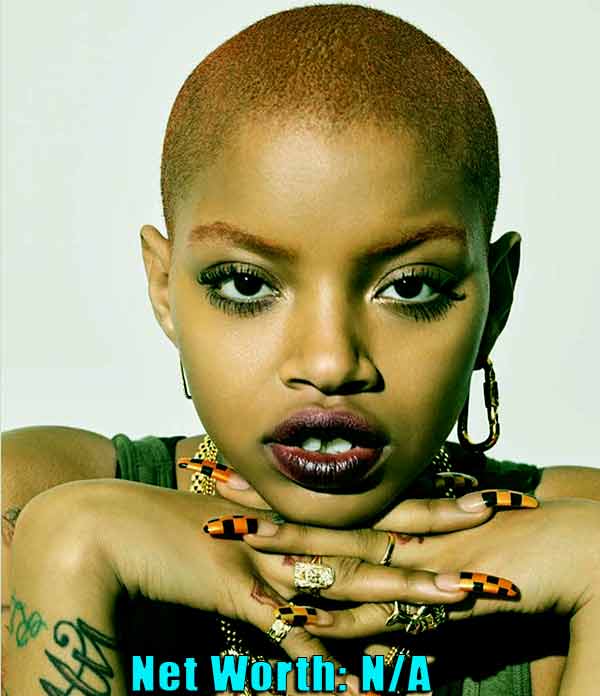 Fashion Model, Slick Wood net worth is currently not available

Having been in the industry for only three years, she is already a hot cake. She has established connections with major brands and celebrities. Therefore, her net worth is undoubtedly admirable.

Finally, Slick Woods’ mother is out of prison after nearly 20 years of imprisonment. The two are very identical, including the gap on their front teeth; they can even be mistaken for twins.

Slick Woods mother, Vonnya-Leah Mason, was released from jail on February 2019.  Reportedly, Mason gave birth to Woods when she was only 14-years-old. After that, she was found guilty of manslaughter and sent to Northern California prison. At that time, she was 19 years old, and Slick was 4. Slick was left under the care of her grandmother.

Her father does not feature anywhere in her bio, implying that he never took any responsibility in her upbringing. Her other family members are not known.

Slick Woods has a baby boy, Saphir, who was born on September 2018. The baby’s father is the famous Adonis Bosso, who is a model also. Both Slick and Bosso regard their baby as a miracle. He was born after 14 hours of labor. During her pregnancy, Slick Woods would always showcase her growing berry even in social media. 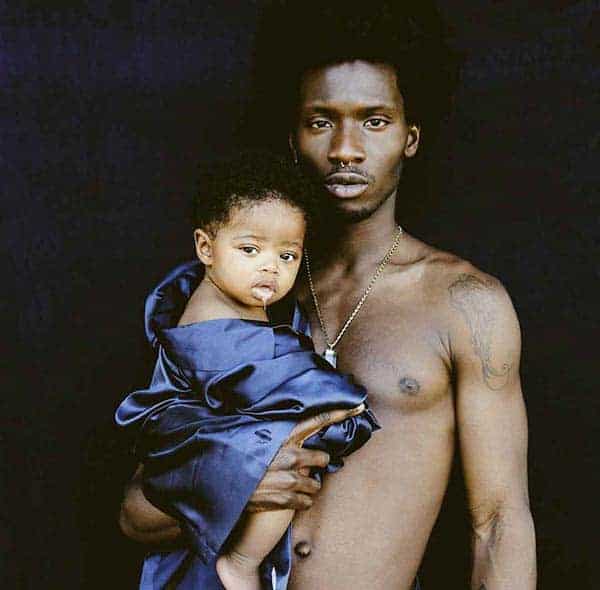 It is not a secret that Adonis Bosso is the daddy to Slick Woods’ baby. Adonis was the first to announce the good news of the baby’s birth via his Instagram. Nonetheless, the relationship between Slick and Adonis has not been in the light. The two have been seen in public together in many instances but they never passionately speak about it. 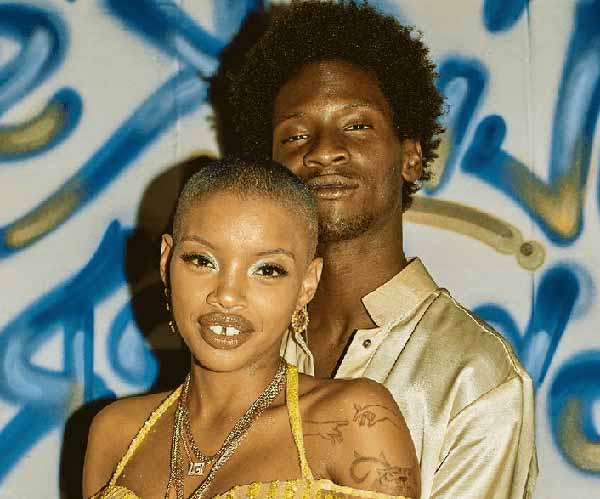 Presently, they are not married. Slick Woods lives in New York City while Adonis Boss lives in Los Angeles. What seems to keep them united as of now is their son, Saphir. Slick Woods Baby father, Bosso confirmed in an interview that he will be traveling to New York more frequently now to be with his son. He also said that their son would remain their first and greatest priority even though they don’t get married.

Who is Slick Woods’ Baby Daddy Adonis Bosso? His Career

Adonis Bosso is a famous Ivory-American model and singer. His wiki-bio indicates that he was born in Cote d’Ivoire on 10th July 1990. His parents later relocated to Montreal, Quebec where he was raised from. Adonis is the first-born child to his parents among the other four siblings. 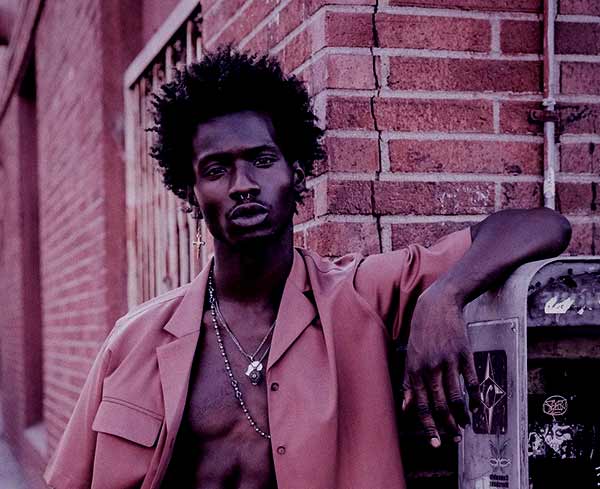 Being a firstborn, Bosso grew up tending to his siblings. Due to this, Bosso developed a strong passion for childcare to the extent that he went on to study special care counseling. More of this was inspired by his younger brother, who has autism.

Later on, Slick Woods’ baby daddy got a chance to be a model, but this was an absolute coincidence. He was 17 years old when he started modeling, starting it in Montreal. Since then, he has participated in various runways and even featured in fashion magazines.

Besides modeling, he is also pursuing a career in music. He has also released a single named Jungle. In the future, he is committed to doing more of music.