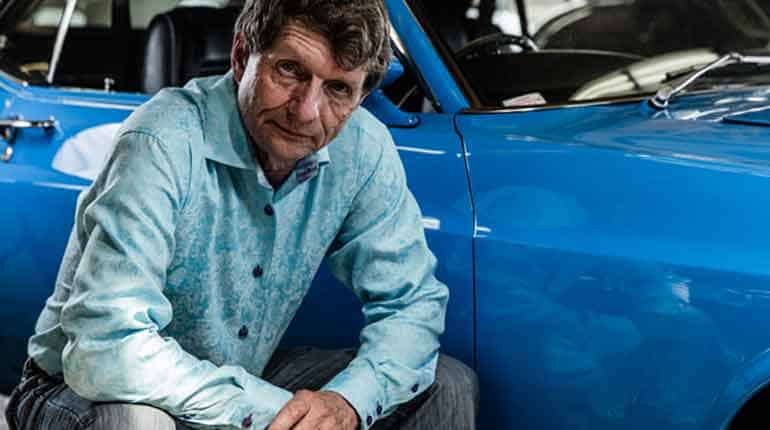 If you are an aficionado of classic automobiles, then you most likely are aware of Discovery, Velocity or History Canada for your dose of Restoration Garage episodes. If you are aware of the show you most certainly know about David Grainger.

The reality TV show first aired in 2013 and follows activities at The Guild of Automotive Restorers garage or the Guild in short.

The Guild was started about three decades ago in 1990 by David Grainger and his wife, Janice Stone. It is based in Bradford, Ontario, and is currently one of the most popular and trusted restoration shops in North America.

David Grainger and his crew offer a variety of services including a selection of mechanical, painting, upholstery, and or fabrication jobs as well as transport and storage services.

Moreover, they also sell antique and classic cars. Their website displays some of these cars which at the moment include a 1954 Mercury Meteor, a 1929 Auburn, a 1971 Chevrolet Corvette, a 1989 Ferrari Testarossa among others.

Among those they’ve sold include a 1963 Porsche 356B 1600 Super, a 1991 Alfa Romeo Spider et cetera. Let us learn more about Restoration Garage star David Grainger’s wife and net worth in wiki type biography.

There’s no verifiable publication of Restoration Garage’s David Grainger’s net worth. But factoring in 30 years in the multi-billion dollar car restoration industry, seven years in the TV industry, 20 years as a wildlife artist, proceeds from book sales, and all his savings from his previous jobs, his bank account is substantial. Some websites estimate that David Grainger’s net worth is $15 million.

This Restoration Garage’s cast is married to his long-time girlfriend turned wife, Janice Stone. As explained earlier, his wife Janice was the one that suggested he try commercialized car restoration.

Janice Stone is also the co-founder of The Guild of Automotive Restorers garage. Personal details about David Grainger’s wife as her age have been kept private. 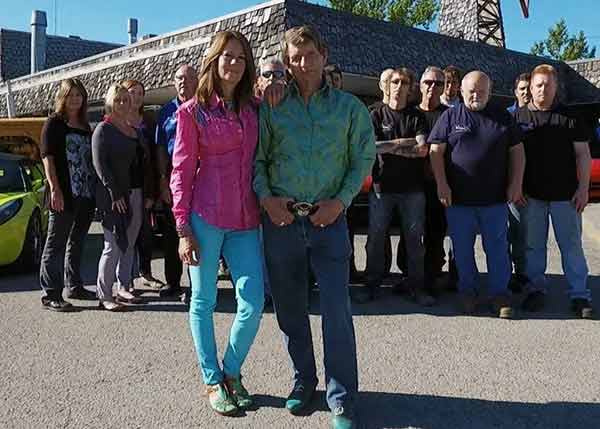 David’s work history is quite diverse. For starters, he was a professional wildlife artist for quite a long time, over 20 years to be specific.

And it would seem he has a soft spot for wildlife as he also worked at zoos and sanctuaries as a ‘big cat’ trainer and a reptile handler. He also worked with aquatic life namely sharks as a commercial diver.

The car restoration expert and reality tv star David Grainger is also an author and novelist. His works include Amazon and Animals in Peril and Scimitar.

With only the above set of skills, David’s net worth would still be impressive. Anyway, when did his passion for restoring cars begin? Well, it started as a hobby.

He would repair military vehicles in his spare time. On seeing how much effort he put into this, his new girlfriend, Janice Stone, suggested he try fixing a car he could sell. David chose a Corvette for this project.

Soon after David was quite taken by the restoration business that he apprenticed at a restoration shop for six months. Regarding his time at the shop, David said

“…I learned everything that you could do to infuriate a client. This guy ran the worst business I have ever seen…”

But from this experience, David got the idea of starting a garage that was the exact opposite. And thus, the Guild came to be.

Applying the principle of fairness to all workers and customers earned the Guild a respectable reputation which continues to date.

Consequently, they got more and well-to-do clients which meant they could afford to hire experts. Moreover, life at the Guild creates content for a successful reality television show.

Michael Hill of Dolce Luxury Magazine interviewed David Grainger in 2013 and wrote an article about it. Based on this article, David is about 68 now.

However, we cannot confirm his exact age due to a lack of verifiable information. His favorite cars are heirloom cars. And as to whether he misses being an artist, David told Hemmings in 2012,

…no, because art is so heavily involved in what I do.”