Ming Tsai is a California born restaurant owner, television host, and award-winning chef. He is known for his innovative cookbooks and cooking based reality shows. Most notably, the American chef has stared in Simply Ming.

The show has had an impressive sixteen year run on the PBS Network and is still going strong. This can be credited to Ming’s personality and expertise. One of his most talked-about books is Simply Ming One-Pot Meals. Learn more about Ming Tsai in this review, as we talk a look at his net worth. We will also meet his wife Polly Tsai.

Who is Ming Tsai?

Ming Tsai is a bi-lingual American born chef who found his way to fame after venturing into the culinary arts. He is a graduate of Le Cordon Bleu, one of the best schools in Paris. The institution helped him hone all the skills he would need to succeed in his craft. Taking a trip down memory lane, we learned that the famous chef launched his first establishment back in the late 90s. Partnering with Polly Talbot, he opened the Blue Ginger.

The very same year, his efforts in the kitchen would see the Esquire publication recognize Ming Tsai as Chef of the year. After a nineteen year run, the place would close down. It was time to move on to bigger and better things. This came when Ming opened the Blue Dragon. His love affair with Esquire magazine continued as they labeled his new establishment the Best New Restaurant.

Ming Tsai’s on-screen debut came on Cooking Live back in 1997. He was brought on to help out chef Sara Moulton who was the host of the show for a week. A year later and he would get to host his show, East Meets West for six years. The experience he gained would enable to host another show, Simply Ming, for over sixteen seasons. 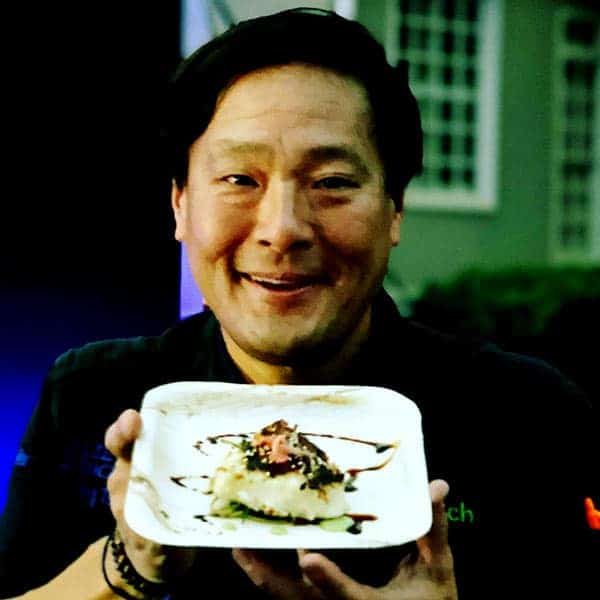 Other shows he has been part of include The Next Iron Chef, Top Chef, and Zoom. Ming’s remarkable run on television has seen him earn a plethora of awards.

These include a Daytime Emmy Award for being an Outstanding Host, as well as being placed in the culinary hall of fame. Moving on to his life as an author, the outstanding chef has written several cookbooks so far. He is credited with titles like Simply Ming, Simply Ming in Your Kitchen, and Blue Ginger.

Lastly, Ming is also an outspoken advocate for the Food Allergy & Anaphylaxis Network. This is an organization that helps to raise awareness of different kinds of food allergies.

The celebrity chef is a committed man. Ming Tsai is married to a woman named Polly ‘Talbot’ Tsai. The two tied the knot back in April 1996, and have been married for over two decades now. Presently, they have two children together: David and Henry Tsai. 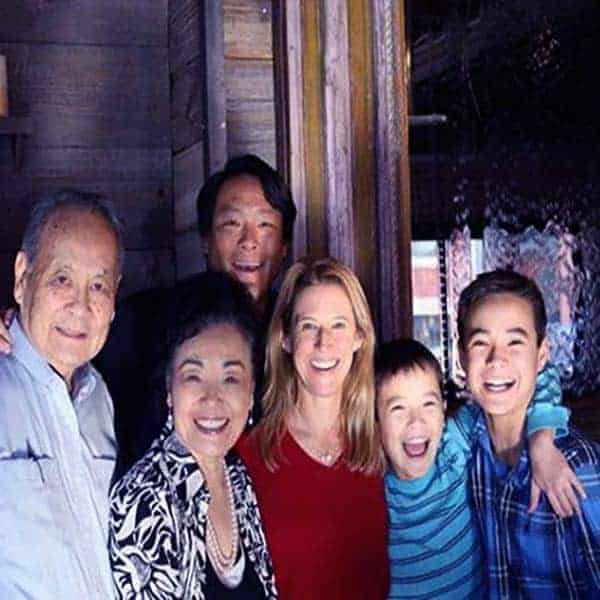 Ming Tsai with his wife Polly Tsai and with his father (Stephen Tsai), mother (Iris Tsai) and with kids David and Henry Tsai.

Ming Tsai’s wife, Polly, was born back in 1977 in Raleigh, North Carolina. She celebrates her birthday on the 24th of September. This would make her 41 years old at the moment. In regards to ethnicity, Polly Tsai is white. Additionally, she is an American.

Ming Tsai Wife Polly Tsai grew up alongside two brothers, David, and Mark Talbott, both of whom are squash players. It is through the sport that they would meet Polly’s future husband Ming, who was also a Squash player.

There isn’t a lot of information available in regards to her career, but we did learn that Polly Tsai helped her husband became what he is today. She helped behind the scenes on the show, Simply Ming.

Chef Ming Tsai wife Polly also supported Ming Tsai while he was writing some of his most acclaimed books. She was fundamental in the launch of the Blue Dragon Pub back in 2013.

The celebrity chef, Ming Tsai, is also a writer, restaurant owner, and television host. It is reported that Ming makes an annual salary of $80,000 from his job as a chef.

His salary as a television host remains undisclosed. Ming Tsai’s net worth is $10 million. Most of his wealth has come from his nearly two-decade stint on reality television. 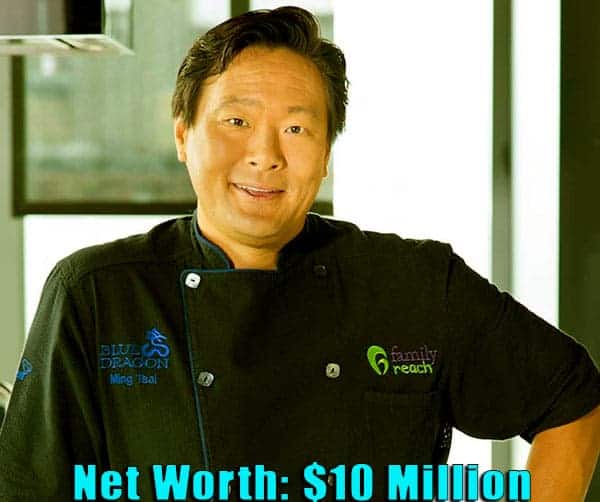 The chef is the proprietor of several establishments. These include Blue Dragon, Blue Ginger, Blue Ginger Noodle Bar, and ChowStirs. Ming specializes in blending Asian-fusion recipes with modern ones.

Ming Tsai restaurants are critically acclaimed and have even seen him be recognized as chef of the year at one point. The Blue Ginger also received several James Beard Awards.

Some of the shows he has been part of include: Iron Chef America, East Meets West, Sara’s weeknight meals, Home Design, Simply Ming, and HSN2.

TV Host Ming Tsai came into the world on the 29th of March 1964. He is a native of Newport, California, and is 55 years old at the moment. The chef is Asian in regards to ethnicity, as his family is originally from China. Additionally, he is also bi-lingual and proficient in several languages. These include Mandarin, English, and French. His parents are Stephen and Iris Tsai. 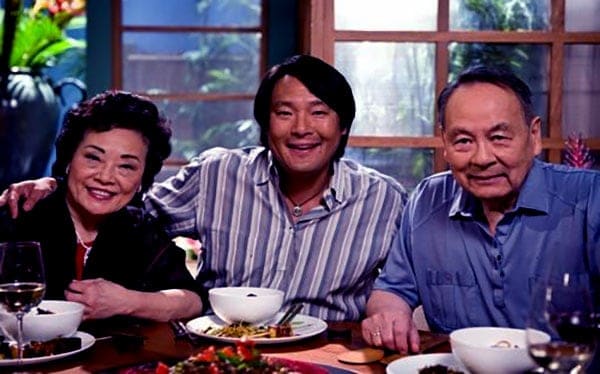 Growing up, Ming’s father was an engineer working for the state as a rocket scientist. His mother, on the other hand, specialized in the culinary arts, so we can guess who he takes after.

The chef enjoyed the moments where he worked with her at the family’s Mandarin Kitchen. Surprisingly though, Ming wanted to follow in his father’s footsteps and become an engineer.

Chef Ming Tsai’s educational background includes extended stays at the Phillips Academy in Andover, Yale University, and Cornell University. He has a degree in Engineering, as well as a post-graduate degree in Hotel Administration and Hospitality Marketing.

By the time he was done with Yale, Ming had decided to go into the culinary arts. To this end, he moved to Paris to study under the tutelage of famous chef Pierre Herme ever since the man has gone on to have an incredible career.