Bret Michael Sychak is a renowned American musician who is the leader of the band poison. He goes by the stage name Bret Michaels. Poison is one of the most famous rock bands in the US, boasting a record of over 15 million album sales in the country.

Worldwide, this figure rose to well over 40 million. Bret and his band have released hit singles such as Every rose has its thorns and Talk dirty to me.

Also, Bret has made a few appearances in movies like No code of conduct. Meet Bret Michaels’ wife in this review, and also uncover his net worth.

Who is Bret Michaels?

Bret Michaels is the lead singer of the popular American band poison. In addition to performing on stage, Bret also applies his talents in the art of songwriting.

The band poison has its roots set way back in the 80s, when Bret and one of his oldest friends, Rikki Rockett, started jamming together. Bret was the lead vocalist, whereas Rikki played drums.

Their numbers grew with the addition of Matt Smith and Bobby Dall. This was around the same time they went on to form the band Paris. The group then went on to perform throughout Pittsburg before making the big move to Los Angeles to gain more exposure. 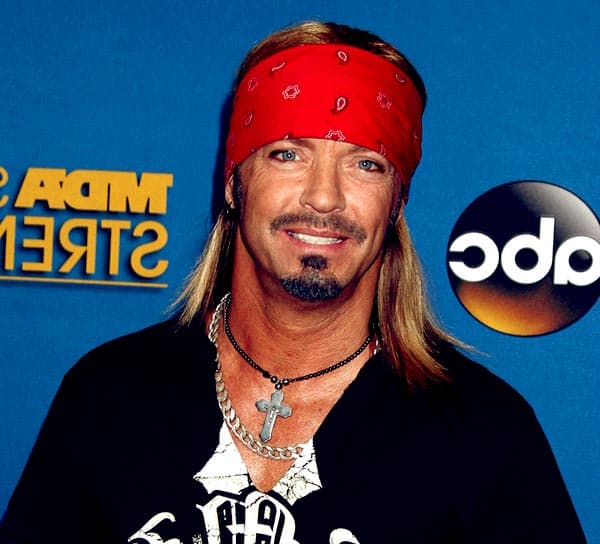 The group decided to part ways with their lead guitarist Matt soon after. In his place was an upcoming musician named DeVille. The reinvigorated band then changed their name to poison, veering towards a new look and the hard rock genre.

What would follow was the band signing with the label Enigma Records. The very first album came back in 1986, and it was titled, “Look what the cat dragged in.” Over the next few years, the band went on to become rock and roll icons.

They have released instant classics such as ‘Something to believe in’ and ‘Every rose has its thorn.’ These tracks saw them go from being support acts to the main draws.

Around the 90s, however, things took a turn for the worst when the band faced internal conflicts. Bret Michaels got into an altercation with C. Deville, which ended in the latter’s expulsion from the group.

From then on, the band’s popularity began to wane. Two years before the turn of the millennium, the group was officially dropped by their label. Bret would then decide to venture into films.

And The very first movie he was involved in was titled Letter from Death Row. He would also star in No Code of Conduct.

The rockstar then tried a hand at reality television. He is credited with featuring on the popular show, Rock of Love Bus.

The show was entirely focused on the musician and the women who trained to gain his favor and live with him. The show premiered 12 years ago, but due to relatively harsh criticism, it lasted just about 40 episodes before it was canceled. Bret Michaels would then get back into music, performing solo for a while.

The musician, Bret Michaels, is part of the popular music band poison. The rock band released numerous platinum albums, which helped lay the foundation for Bret’s net worth.

He has also enjoyed success as an actor and reality star. While his debut movement did not fare well at the box office, it still generated a fair bit of income for the rockstar.  This puts Bret Michaels’ net worth at $18 million at the moment.

Is Bret Michaels married to a wife?

Bret Michaels is not married at the moment. He was, at one point, almost married to Kristi Gibson. The two first started seeing each other back in 1994.

They have were involved in a relationship for close to two decades. They have two children together. These are daughters Jorja Bleu and Raine Elizabeth Michaels. Bret and Kristi would later separate after rumors on an affair broke out. The former was involved with a woman named Tish. She is the mother of renowned pop sensation, Miley Cyrus. The affair led to the end of their relationship. They officially called off their engagement in 2011.

As we alluded to earlier, Bret Michaels is the father of two beautiful daughters. These are Raine Elizabeth Michaels and Jorja Bleu.

Raine was born back in 2000 and is 19 years old at the moment. Her sister came into this world five years later, and she just recently turned 14. 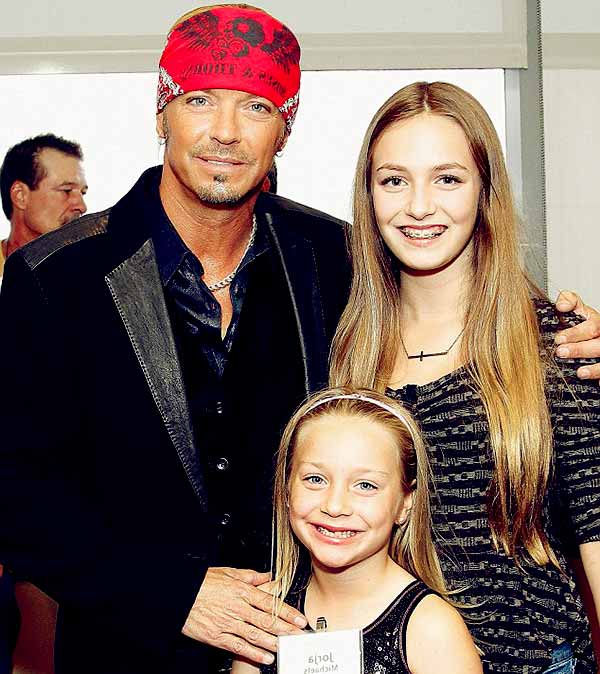 Raine is an aspiring model who draws inspiration from one of the top models in the industry, Kate Upton. Her father, Bret, is very supportive of his daughter’s career choice.

The Rockstar has been involved with a host of women. On the show Rock of Love Bus, several women would vie for his attention, and the chance to be in a relationship with him.

Bret came under a lot of criticism for this particular show, but he claimed that it was just him living his life.

As a musician, he is a man wanted by numerous female fans. As such, we are quite sure that the man has had his fair share of girlfriends over the years. Some of these names have leaked to the media, whereas others have flown under the radar.

At the moment, we are not quite sure if Bret Michaels is dating anyone. But we will keep you up to date with all the latest news.

Bret Michael Sychak came into this world on the 15th of March 1963 in Butler, Pennsylvania. This would make the musician 56 years old at the moment. His parents are Wally and Marjory Sychak. Bret grew up alongside two sisters.

As a child, the would-be rockstar was diagnosed with Diabetes type 1. This means that he has to use insulin every day to combat the deadly disease and lead a normal life. Music was something that Bret always displayed a passion for. While he was still young, he would regularly jam with some of his friends.

They eventually decided to pursue their craft more seriously and moved to Los Angeles. Bret and the rest of his band would then go on to enjoy a very successful stint at the top of the billboard charts as the band Poison. The musician also tried to venture into other entertainment areas throughout his life.

He was part of a controversial show at one point, which saw various women compete for his attention and affection. Though the show was critically panned, Bret has no regrets. He also ventured into movies, partnering with legendary actor and comedian, Charlie Sheen, to start their own production company.

The duo would go on to release a host of films.