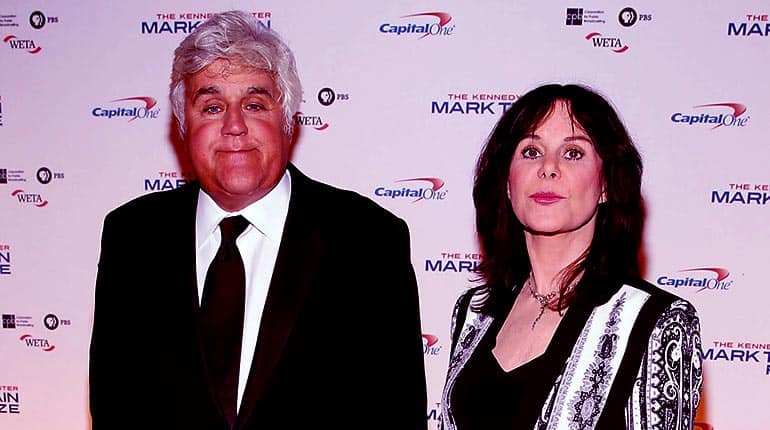 Jay Leno is one of the most renowned comedians in the US. He puts a smile on a lot of peoples’ faces with his humour. Also, he has appeared on numerous shows and movies. He is one of the most prominent TV hosts in the industry, having spent 22 years on the late-night talk show ‘The Tonight Show.’

Jay Leno and his wife Mavis Leno are one of the most successful couples in Hollywood. The two have been married for over three decades and remain in love with each other to date. In this review, we have presented the details of Jay Leno’s wife and their children. So, stick with us until the end to know more.

Well, Jay Leno and his wife Mavis have both stayed loyal to each other for more than four decades. Most couples split up or end their marriage due to misunderstandings. At times, they just cannot stay committed to each other. This is not the case for Jay and Mavis.

Mavis became Mrs Leno on November 30, 1980, after they walked down the aisle and promised to be together till their last breathe. She met the comedian, Jay Leno in 1976 at The Comedy Store. In one of her interviews, Jay’s wife said that she laid eyes on Leno and blurt out,” Holy ***t! He is so gorgeous.” 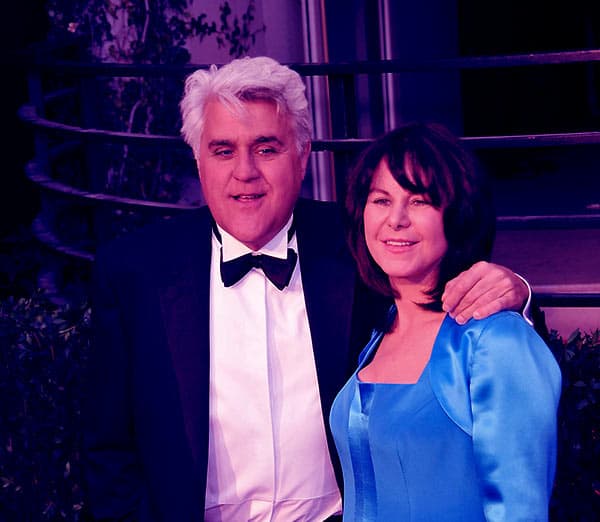 Eventually, the two started chatting on their phones, and this gradually transitioned to dating. Jay Leno put a huge sparkling diamond ring on her ring finger in 2004.

But did you Mavis and Jay Leno got hitched on the same date and month as Jay’s parents? Jay Leno’s wife once said that she loved his parents so much. It is surprising to know that the two are married for about 41 years.

Jay Leno and Wife Mavis Leno Do Not Have Any Children.

Well, it might shock you to learn that the couple has no kids despite being married for more than 40 years. Reportedly, due to their profession and busy schedules, it seemed that the two couldn’t manage time for kids. So, they decided not to have any children.

Her husband was busy on television and also appeared in multiple films. Mavis Leno, on the other hand, saw her time consumed by several charitable works and non-profits organisations. She used to tell her mother when she was seven or eight that she was never going to get married to any guy or have children in her life. But when she met Leno, everything changed.

Before marriage, Jay and wife Mavis Leno had agreed not to have any children. Their decision never affected them, and they are still enjoying a blissful marriage to date.

Jay Leno told Today that he regularly met a lot of people while working in the entertainment industry. One of these people ended up being his crazy wife. He added that you marry a person with whom you can spend the rest of your life with, and so as he did. The TV host married a woman that worked for woman’s rights.

Jay Leno’s wife Mavis Leno is a well known American philanthropist and feminist. Moreover, she is a former host of The Tonight Show. She does not like being in front of the camera and loves to keep her personal and professional life reasonably low key. 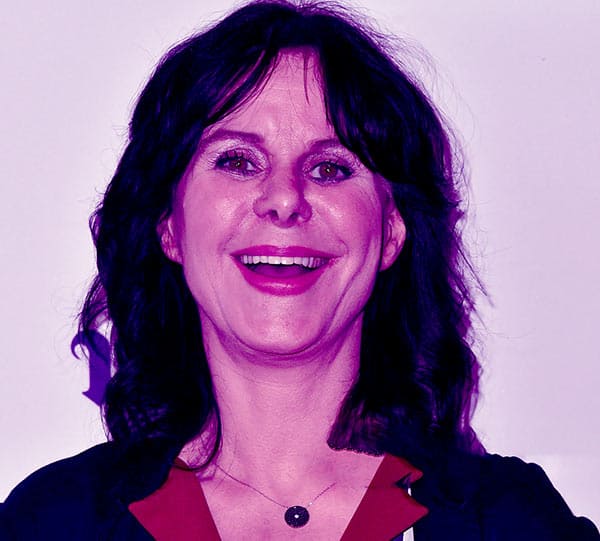 She and her husband Leno have both worked for many non-profit organisations. Mrs Leno is the chairwoman of the Feminist Majority Foundation and has also done a campaign to stop gender apartheid in Afghanistan. The duo donated$10,000 to the organisation.

However, the actual net worth and salary of Mavis Leno is still under the review. According to Glassdoor, the average philanthropist earns a salary of around $71,000 to $76,000. 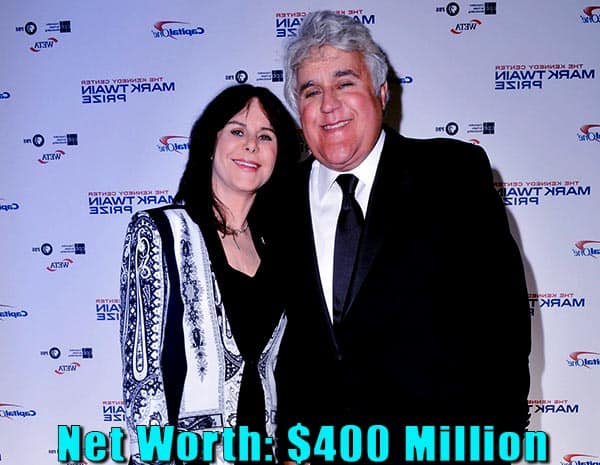 On the other hand, her husband Jay Leno has a net worth of $400 Million.

Mavis Leno’s father name is EA Nicholson. He was an actor who featured in the 1967 movie, ‘Cold Blood.’ The detail of her mother is not available on any sites.

How old is Mavis Leno?

Mavis Leno is a native of San Fransisco, California, USA. Her birth name is Mavis Elizabeth Nicholson. She is American by nationality and caucasian when talking about her ethnicity.

Additionally, information on her educational background regarding the name of the school, college, and university are unknown.