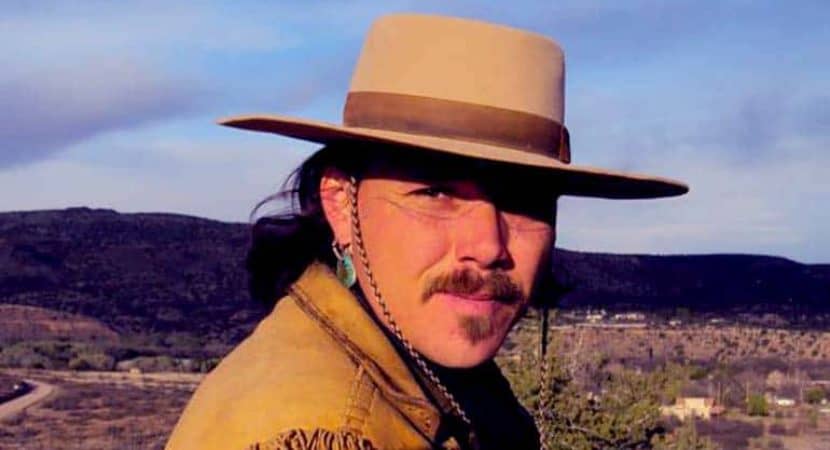 ‘Mountain Men’ is a History Channel show which features rugged looking mountain men who have lived a large part of their lives in the mountains. The show follows the lives of these somewhat secluded people who have no access to luxuries like electricity, internet, and TV. The tv series “Mountain Men” which premiered in 2012 runs to date, gathering a huge fan base. Some fans and critics have argued that the show is not real and filled with acted scripts as some of the scenes are unbelievable. It is hard to believe that one can face up bears roaming their households. Some of the cast members have attested to the fact that some of the parts are not real. Jason Hawk, a popular cast member of this popular show, is known for his harsh life nature. Stick to this article and learn more about Mountain Men Jason Hawk’s Net Worth, Knives, and Tattoos.

Who is Jason Hawk? Know his career.

Jason Hawk is a popular reality TV personality, hunter, survivalist and blade smith who is known for his appearance on the ‘Mountain Men’ show. He spent his young days in Arkansas. Jason trained himself to live in harsh environments in the Arizona desert.

He can thrive in all kinds of conditions. Jason Hawk is also popular for his knives and clothes making skills which he acquired when he was a young boy. He has used the knives, and tough made clothes for hunting. Jason has made history by being the youngest licensed tour guide in Colorado as he got it at only 15 years old.

Jason went to Montana to study metalwork after his high school studies. After his graduation, he returned to Arkansas, working as a restaurant chef for some time. His signature as a chef was his knives. However, all these were not what he loved, as he later returned to his love for nature.

He appeared on a popular History Channel tv series called ‘No Man’s Island,’ which was about surviving in deserts. He has also appeared in ‘Mountain Men’ which involves living in the mountains. 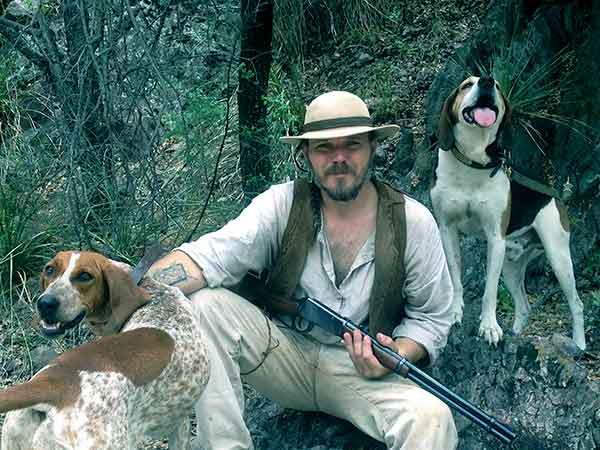 Bladesmith Jason Hawk later moved back to Arkansas after his father died, to continue working in his blade making and blacksmith workshop.

Jason Hawk is not just a nature enthusiast, but he has space for his personal life. He has a family he treasures a lot. Jason Hawk is married to Mary Hawk. They met in 2008, but it is not known exactly when they got married. Jason and wife Mary Hawk have been blessed with two daughters called River and Madeline Hawk. River was born in 2011 and Madeline in 2018. The family is currently residing in Arkansas. 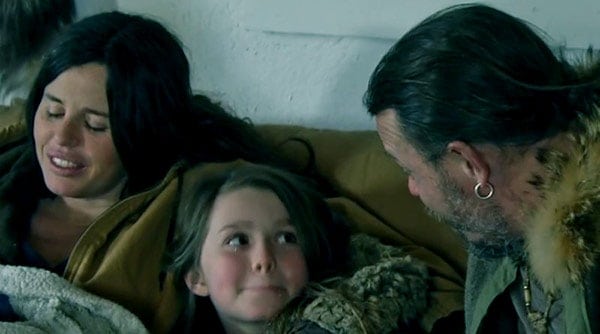 Jason Hawk with his wife Mary Hawk and with their daughter

Mary Hawk is an off-grid expert and herbalist, making it possible to match her husband’s lifestyle. Mary is a naturalist as she makes soaps, herbal medicines, and jewelry from natural products. She is currently concentrating on bringing up their children.

How rich is Jason Hawk? Jason has built a name from his survivalist and bladesmith work. He owns his own blade smith company which is making him a hefty income. Official sources estimate Jason Hawk’s net worth to be $400,000. Much of his earnings have come from his TV salaries. Jason earned $40,000 every year from his TV appearances.  He must have earned a good amount of income as he has appeared from season 5. 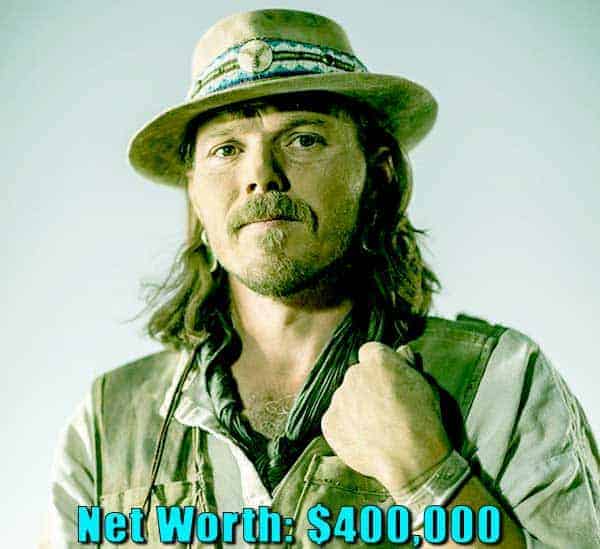 When you take a closer look at Jason Hawk’s face, you notice some beautifully done tattoos just below his eyes. Some sources claim that they are mere scars incised by traditionalist where he originates from. Beyond that, there is no more information in regards to what his cheekbone tattoo means.

Jason Hawk owns Jason Hawk Knives – Outlaw Forge Works, which is a blade making business. This is a skill he learned from his blacksmith father, who also ran a metal works business. Jason Hawk studied the trade in school and decided to make it his career. He has a website called Jason Hawk Knives where customers can order his range of knives.

Friends, family, Jason Hawk Knives, aka Outlaw Forge is now a reality. Been a long trip to get here. So check it out.www.jasonhawkknives.com

Jason Hawk was born in 1960, making him 58 years. The exact date of birth is a mystery. This Mountian Men cast was born in Colorado and raised in Arkansas.