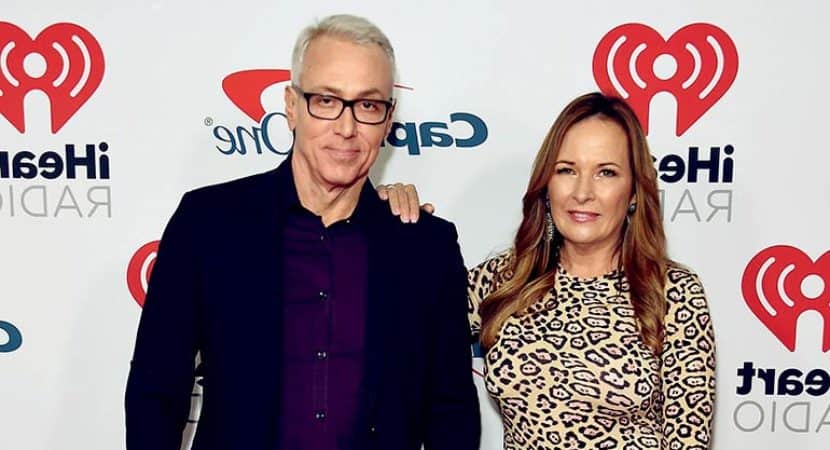 Drew is an American celebrity doctor who has rehabilitated many celebrities stuck in substance abuse. He is a physician and media personality, and a former host of a  syndicated radio talk show Loveline for KROQ-FM for over three decades until its end in 2016.

Additionally, he hosted a reality show Lifechangers on The CW network and was the host of HLN  talk show Dr. Drew On Call. and podcasts on the Adam Carolla podcast network. Continue reading to meet Dr. Drew Pinsky’s wife Susan Pinsky.

How Much Is Dr. Drew’s Net Worth & His Yearly Earning?

Dr. Drew Pinsky is a well-known media personality, an actual doctor, and a TV star who hosted a radio show for 32 longs years. He over the years has treated various celebrities and has earned immense fame not only with fans but with Hollywood celebrities in general.

A well experienced Rehabilitation physician earns up to $216,000 per year, and someone as famous as Dr. Drew should earn somewhere between $300 to $350 thousand per year just from his practices. Additionally, as a health syndicated radio host, he made over $1 million per year until he left the show in 2016.

On top of that, as a well known VH1 reality TV show star, he made over $5 million with three exclusive shows, and his current work for CW and HNL shows earn him over $1 million per season. Meaning, he isn’t just confined to medical practice but makes as a TV host and reality star.

Currently, Dr. Drew Pinsky’s net worth is reportedly around $20 million. It is expected to see a substantial rise as America in 2019 allegedly saw an increase in middle-aged drug users, and it sure has some top lister’s names on it. So, in 2020, Dr. Drew is expected to have a net worth of $25 million.

Susan Pinsky is Dr. Drew Pinsky’s lawfully wedded wife of over two decades. The couple got married on 21st July of 1991. The duo reportedly dated for a few years before walking down the aisle.

The lovebirds have a fascinating love story; they reportedly met each other when they both were seeing someone else. They allegedly saw each other in a Bar in 1984.

They were good friends prior dating, and when Susan and her ex-boyfriend had a break-up, Drew started calling her and comforting her just like in the movies ‘When Harry Met Sally’ they later realized they were perfect for one another and started dating. 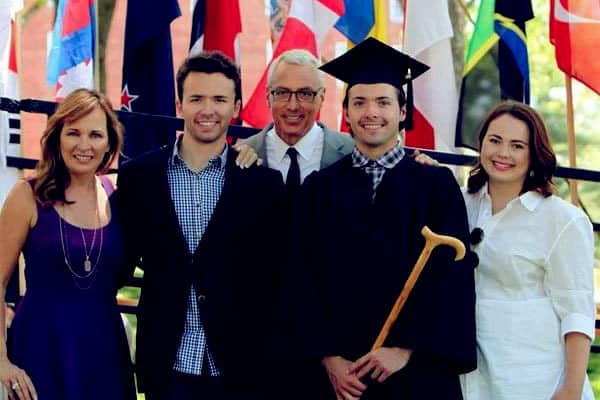 Surprisingly, their babies are already 27 years old now and are living separately. The pair first outed a photograph of one of their child’s birthdays via social media, which gave light to the fact that they were parents to three children, a daughter, and two sons, who also happen to be triplets.

His eldest son Douglas Drew Pinsky, who was born on 11th November 1992, is currently 27 years old up and coming Music Composer for Music4pods and a twitch singer as well as a podcaster just like his parents.

He reportedly can be caught performing occasionally performs at the Sydney Opera House, as per some tabloids. As of now, he doesn’t live with his parents, but he reportedly lives in a house with a dog. 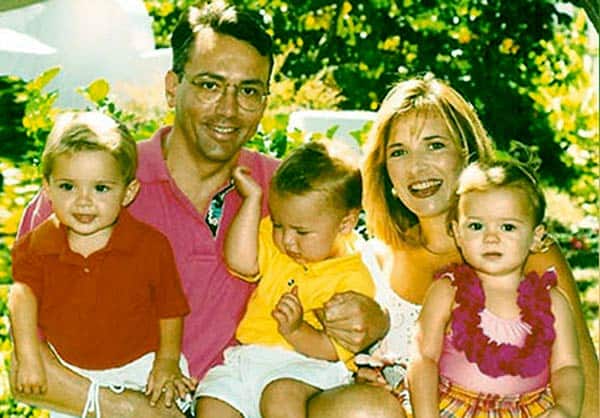 The family reunites on vacation and is fond of calling each other up when free.

Jordan is the second son of the Pinsky family; unlike his brother, he isn’t active in any social media. 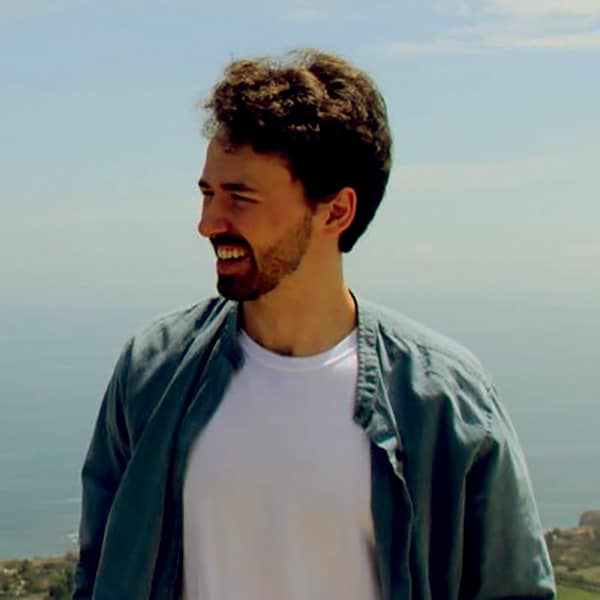 As per “E-celebritymirrior,” he is a travel enthusiast, and it looks like he is taking a break from his regular schedules, has kept the education on the hold, and is traveling the world. 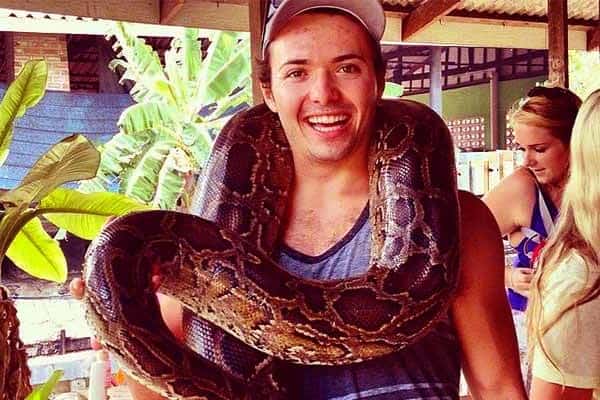 We wish nothing but the best for this outgoing young man.

Paulina is the family’s youngest daughter, who is a master of Fine Arts Graduate. She probably is the most educated among the triplets as she is a Barnard College, as well as a Master’s in Fine Arts from Columbia University.

As per her website portfolio, she is a sketch comedy writer and a performing artist at the Annoyance Theater in New York.

Susan was born in 1959 in Garden Grove, California. The 60 years old celebrity wife, Susan, has her own identity, and she isn’t confined to being a celebrity wife only.

Dr. Drew Pinsky’s wife is a successful CEO of Playroom Podz and hosts a very successful rehabilitation and substance abuse related podcast, which often features her husband. She is also a creative controller of a podcast titled “This Life,” and another podcast named With Dr.Drew and Bob Forrest.

Additionally, she is the host and producer of a psychic program Calling Out With Susan Pinsky. She also has won an LA Music Awards for the best radio host, which makes her no lesser than her doctor husband. So, let’s take a look at her husband’s portfolio, shall we?

Dr. Drew was born on September 4, 1958, in Pasadena, California, to a Jewish family. He is a year elder than his better-half and is currently 61 years old. The reality TV star is still a registered Medical Doctor as well as radio and TV host.

He is a Bachelors’s in Surgery and a medical doctor from the University of Southern California. Dr. Drew (BS-MD) is one of the most successful Doctors and TV personality who delicately balances his career as a medical professional and TV presenter.