Surely,  it is hard to say anything about Counting  Cars without mentioning Danny Koker. Counting  Cars is a reality TV program aired on the American satellite television network and digital cable- History.  The series got much of its feature from Pawn Stars; another reality tv series aired on the same station.

While many people know almost everything about Danny Koker, little is known about his marriage to his wife,  and children. The counting cars star has a wife; she is called Korie Koker. Danny Koker and wife Korie co-own the Count’s Vamp’d Rock Bar& Grill.  She is a talent purchaser who monitors and schedule live music.

She once said that,  together with her husband,  they make great business partners.

Danny “The Count” Koker trusts her decisions and leaves almost everything to her. But he is always available to guide her. As for kids,  it is not sure that the couple has any because they have never been linked on seen with any. 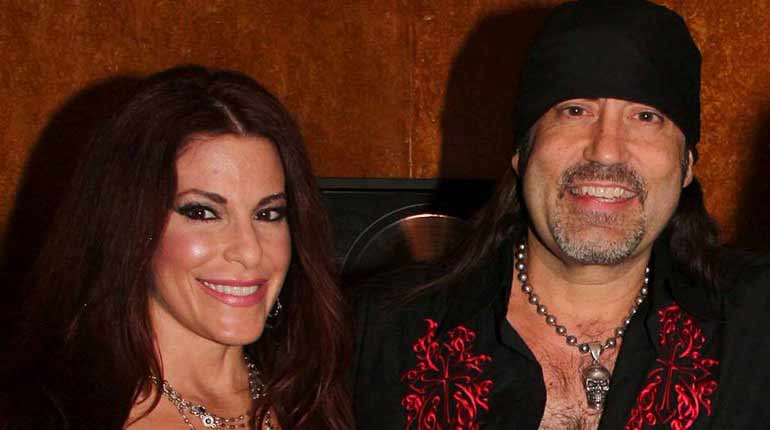 There had been rumors about Korie Koker’s death. The thing is a woman named Korie Koker died in a car accident, and when the news surfaced, people misunderstood it and thought it was Danny Koker’s wife, Koker who died.

The Counting Cars star is the proud owner of an automobile restoration firm and a reality TV star. Danny Koker net worth is estimated to be 13, million dollars.  Danny comes from an automotive oriented family because his family before him worked at the Ford Motor Company for decades.

He is an autodidact and a self-made millionaire who mastered his craft on his own without any formal education.

Apart  from money earned  through his company,  he also makes good money from his reality  TV series ‘Counting Cars.’

He also co-owns a bar with his wife Korie as well as a tattoo parlor.  All these ventures and companies are the primary source of his wealth and income.

As for cars, Danny has a number under his roof.  He loves Cadillac and always wanted to have a 1972 Lamborghini Miura.

In the past,  about a couple of years ago,  he has more than 55, cars and over 70 motorbikes in his collection.

He says he has numerous different cars, from sports cars to high-performance exotic cars to hot rods.

There have been rumors that  Danny Koker kicked the bucket.  However, he is still alive. Instead,  his dad is the one who passed on. The confusion arose because Danny shared the same name as his father.

Danny was born in 1964 in Cleveland.  He is currently 54 years of age. He was born on 5th of January.  While he says he owes his success to his father, his dire love for music can be attributed to his uncle and father as well.

Danny taught himself to be a mechanic.  He grew up in Detroit and Cleveland Ohio.  He fell in love with cars from a tender age after his who worked for Ford Motor Company, bought him a motorbike. He was eight years old at this time: he taught himself how to repair his motorcycle, and soon this became a hobby.

It is said that he started to love music when he went on tour with his uncle’s Southern Gospel Group known as Rex Humbard Singers.

Also,  he says his love for music can be attributed to him growing up with his dad, who excelled as a composer,  singer, and musician.

He became a natural performer,  thanks to his involvement with his father and uncle who were novices in the industry.